The changes in media representation of war and the changes in propaganda, altered the presentation of these suicide attacks. With the widespread availability of mobile phones, it seems as if no one blows himself up anymore without several cameras filming. And the increasing video quality of modern smartphones, increases the quality of these videos as well. But in recent months more and more videos appeared that went beyond hand held cameras and towards the use of small, remote controlled drones to document these attacks.

You don’t see the car or truck driving away anymore and some time later an explosion somewhere in the distance, but rather these drones are following the vehicle on its course through the landscape until its point of detonation. Very often one can see small explosions left and right of the vehicle – apparently attempts of stopping the attack -, or soldiers running away from the coming carnage. The image below is from one of these videos. In the center is the compound that is been attacked. To left of it, highlighted by me, is the truck with explosives on board. In the end, the truck is going to reach its target, blowing up the whole compound. 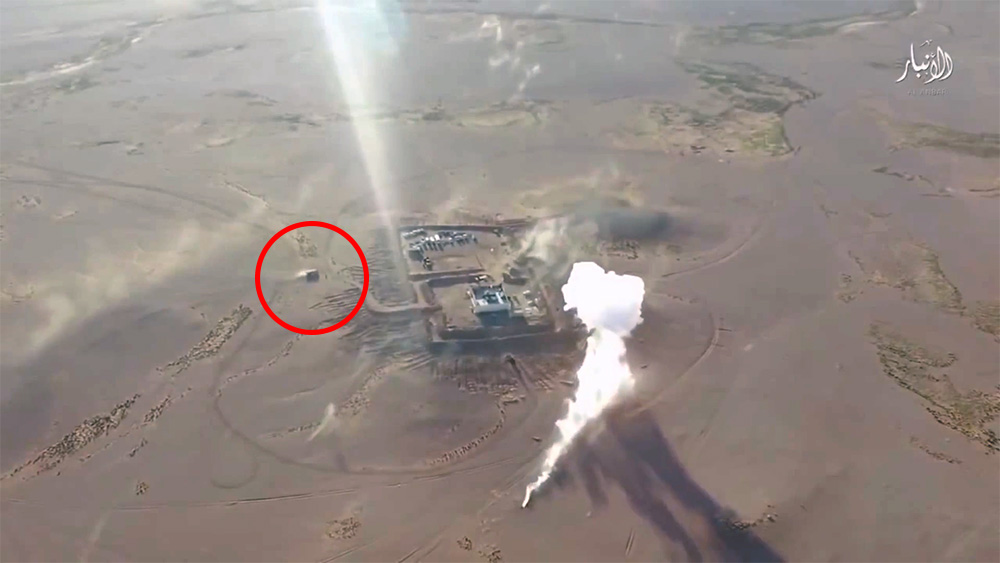 It might be, because the aesthetics of these videos is quite new, but it appears to me the the strangeness of this material goes beyond their mere newness. Whoever takes these videos and publishes them, tries to emulate the idea of a striking airplane. This becomes even more obvious, when video-game-like markings are added to these videos, as seen below. Of course these markings have nothing to do with the real avionics of the drone, the video was shot with, rather it try to make the footage easier decipherable. The audience of these videos has learned through computer games, media representation and movies, what the footage from a attack plane or drone is supposed to look like. 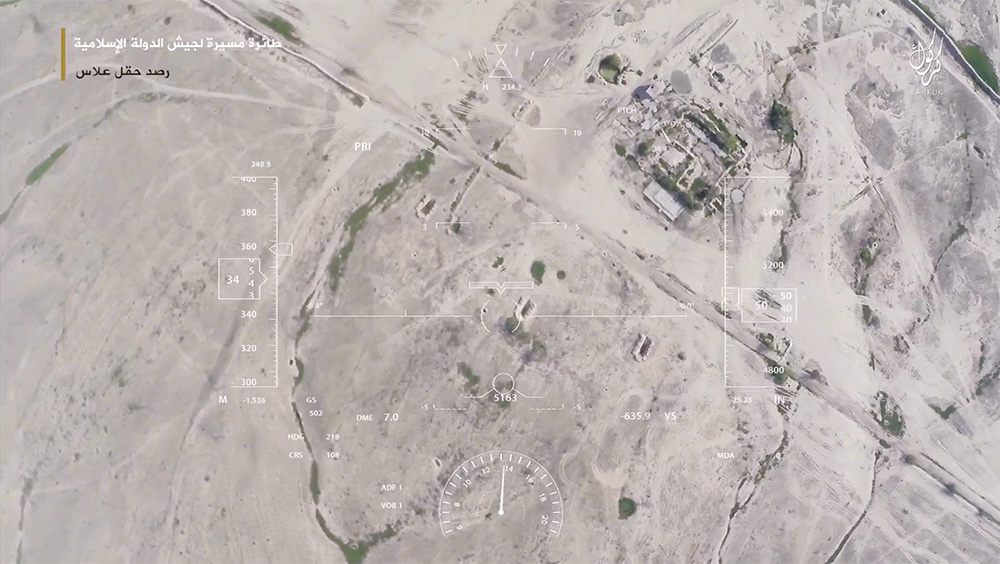 It interesting though, when you compare these videos with the ones released by the US military to document their “successful” air strikes. For some reason, the quality is much worse. That might be because the planes and drones are flying at a much higher altitude, but I guess the main reason might be censorship. The quality is made crap on purpose and even the flight informations, the ones ISIS form time to time adds to its videos to appear more authentic are hidden. These videos by the US military are not supposed to show anything, rather they are meant to just represent themselves. We have grown accustomed to the way such videos are supposed to look and therefore they can look the way they do. These videos are meant as mere illustration of the things, the PR department tells us they do show. It would be difficult anyway to confirm that the claim that is “proven” by these videos is true or false. This might be why, these videos can so easily be recycled on the Internet. The same video can be used to show a drone strike in Afghanistan or a plane attack in Yemen. It does not really matter. These drone strike videos function as a blank canvas for whatever story you wish to tell. But even this blank canvas makes things appear more authentic. 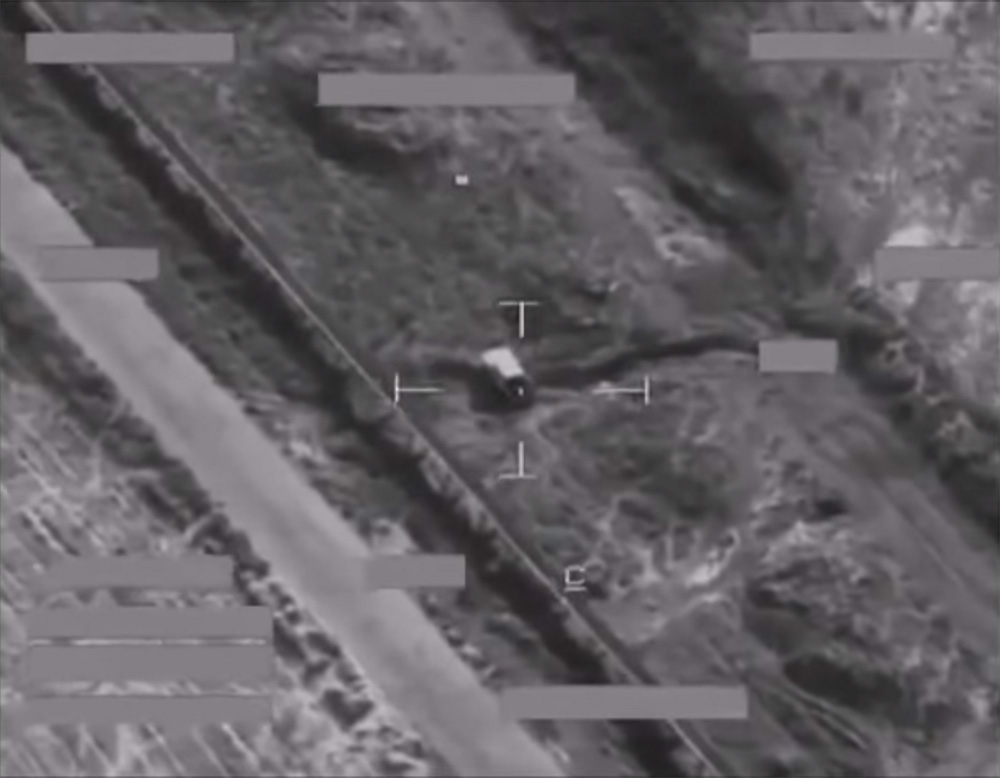 Of course the ISIS videos of wish-to-be drone strikes do not reveal too much. But I think that the quality of these videos does make a difference. Even though the ISIS videos might be as censorship-laden as the videos released by the Americans, the censorship in the high quality, posh videos is far less visible and so they appear to be more honest. Plus their sexiness is definitely much higher to the audience they are aiming for.