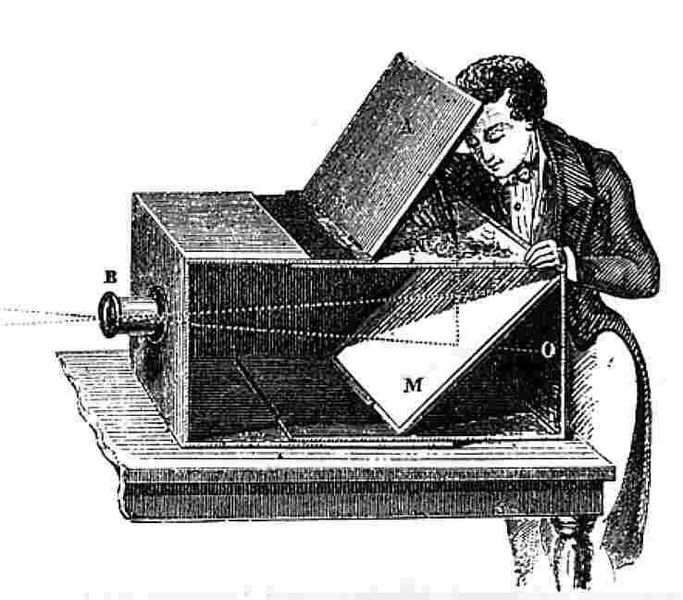 While studying, I spent a lot of time in the darkroom. And man, I really liked it. Since the class I was in, was without a professor for most of the time, class size was quite small and no one really seemed to care what was going on. So I pretty much had my private, fully equipped darkroom to do whatever I wanted. I was amazed by the medium of photography and wanted to know as much as possible. That was in 2002 and analogue photography was still a big thing. Quality was much better than with digital cameras at the time and materials were readily available. But somewhere on the horizon loomed a thing people called “digital revolution”. I, like many people around me, thought that this shift was going to create a huge loss. Photography would change and the magic would disappear.

Did it? The technology most certainly changed, but did the magic go away? Sure, working in a darkroom gives you the feeling of being a magician. All the vats and liquids, the smell, the chemicals and much of the ritual is performed in the dark. So light creates an images that appears from the dark. That already almost sounds like a plot for a chapter in a Harry Potter book. But upon closer inspection, most of the technologies we encounter today seem to be in part magic driven. The silicon in your computer is sand that does calculations. The light in your light bulb is wind or water creating light. Describing the world around us can be very poetic. So working in the darkroom can be overwhelming, but the magic is more a magic deception. Sure, a powerful deception, since you are standing in this dark room, fully immersed.

That said, I do believe that photography itself has a lot of wonder to it. But this is not related to the technological details of its creation, it has more to do with the picture itself. This strange relationship between the picture, our perception of it and its connection to the outside world. That, I think, is the part that is really fascinating about this medium. And this strange relationship seems getting stranger and stranger from minute to minute. Photography is the most interesting and important medium today. (I do not really distinguish between photography and video. The aspect of time might be more visible in video, but it also exists in photography. To me, video is just moving pictures.)

But it very strange to me to see that many art schools still put much emphasis on the analogue side of the medium. The argument would normally be, that this is important for students to understand the basic functions of photography, I get that – kind off. Still, these functions could be learned by merely looking at the way the technology works today. It would be different, if many important photography projects deal with questions of analogue versus digital. Yes, there are some projects that actually do that, but it is more common for artist to tell you that this is the question they are after, when their works are actually about something completely different. Using analogue techniques, very often gives these artworks the notion of being handcrafted – as if this would raise their quality. Most pictures don’t gain anything from being processed in the darkroom. Still, one can boast about it. “This was made in the old way”. It feels like writing “Same recipe since 1839” on all your images and sell them at a local hipster store.

Focusing on these old techniques, takes away time and resources from the more important aspects of this medium, that should be researched. It is not the role of art schools to preserve old technologies beyond the point of addressing their importance today. I am suffering from darkroom nostalgia myself, so it makes me quite sad to say, that there might be no real need for darkrooms in these schools anymore. I myself had a great time, performing these magic tricks in the photo lab, but not once did I plan of setting up my own lab at home or in my studio. I might have been in the top 5% of heavy darkroom users at my school. So some months ago, I was curious and asked the staff at the photo lab of my old school, if they knew of anyone who finished within the last eight years (since I had finished my degree), who actually did set up his or her own lab. They did not. So there might have been hundreds of students who worked in the university lab and a few of them might on occasion rent a lab to work in, but no one saw this as important enough to set up a lab for themselves. And keep in mind, thanks to Ebay, it is extremely cheep to by all the tools necessary to do so.

For some of my projects I am still using my old medium format camera. But that has nothing to do with any kind of magic. I just happen to have this camera and a very good film scanner. Achieving the same quality with digital equipment is something that would not make financial sense for me at the moment. On my last trip to the Latvia and Lithuania, I spent maybe €300 on films and processing. I do something like this maybe twice a year. So spending €20.000 on a very good digital camera wouldn’t make much sense for me at the moment, even if I could afford that. Plus, if something happens to my old camera, €200 would get me a “new” old replacement on the Internet.

Art schools should help young artists to develop the set of skills necessary to tackle important issues they encounter. That is not done by focusing too much attention on techniques that are currently dying out, and it is not done by giving them access to tools that are beyond their reach once they have left art school. Art school is wonderful, it lets you try out so many fancy toys in so many wonderful fields. The problem here is, that just a few percent of the people finishing art school can financially participate on this level. So it might be nice to use a digital medium format camera that costs tens of thousands of Euro, while you are in art school. But what is the point of developing ideas for that set of equipment, if the chance is very real, that you might have to live just above poverty level once you have graduated? Maybe later, once you are successful, you might be able to afford more expensive equipment. But, the most crucial time for young artists is just after their degree. Art schools should really focus on developing the skill set needed to survive this terrible time. And maybe, as a result, a higher percentage of graduates would still make art five years after graduation.