I found this image in one of the most recent terror videos I was watching. 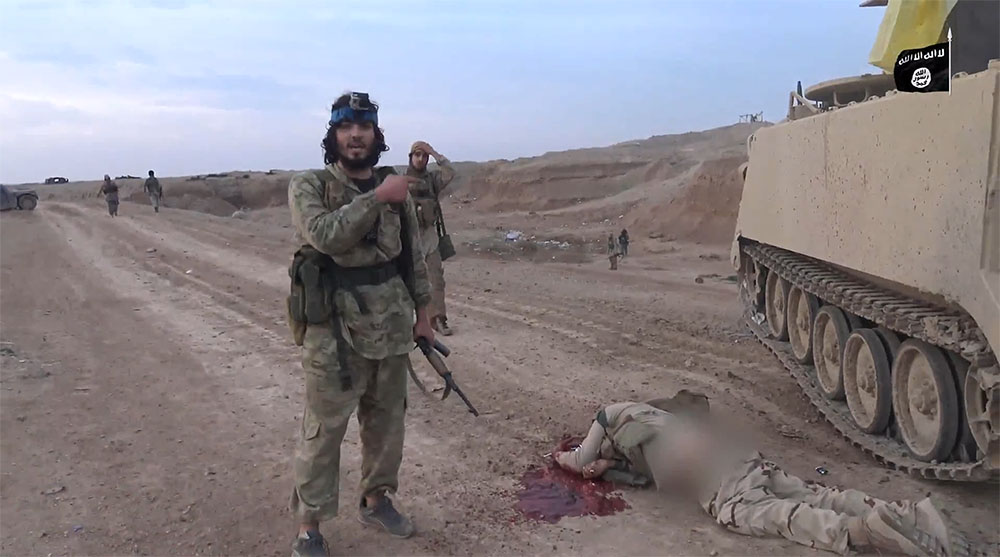 In a way, it shows some of the strange aspects of these videos in one frame combined. For once, the guy in the center went into battle with a GoPro camera on his head. Actually I am wondering how many of these cameras were sold to the different fractions of the war in Syria and Iraq, because everyone seems to use them. There is even a channel, that until a year ago, uploaded quite a number of videos to Youtube, where cameras had been attached to the barrels of Syrian Army tanks, showing the destruction of whole neighborhoods. Oddly, all the videos where named “ Tank with GoPro™” + the location where the video was shot … why the “™”-symbol? Are they afraid of getting sued? It would be a funny development, when it turned out, that the Syrian government is more afraid of getting sued for violating a trademark, than for committing crimes against humanity. Well, in the end, the punishment might be harsher indeed. 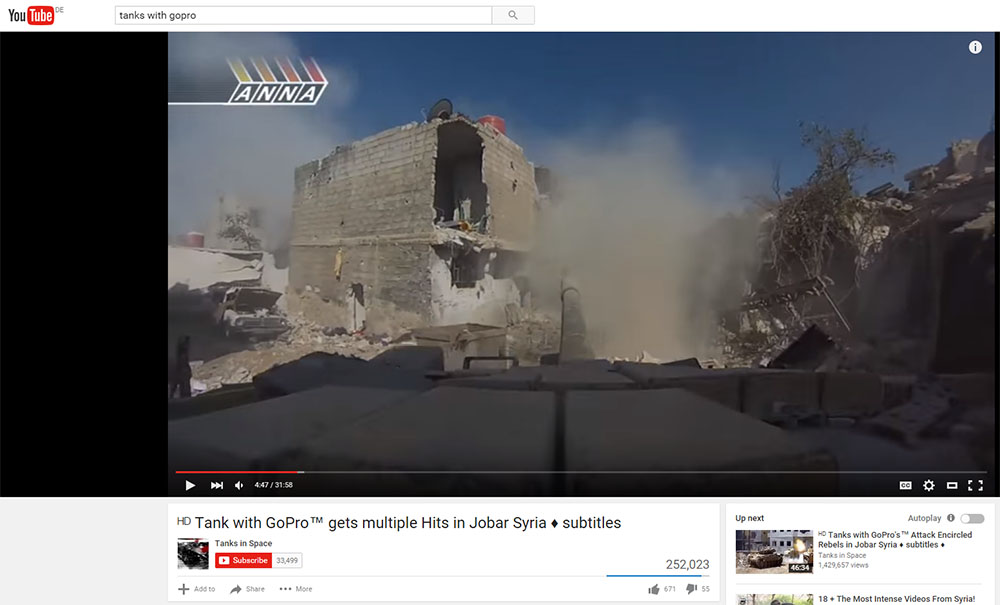 But action cameras – GoPro or others – can be found in many videos. Some of the execution scenes are even shot by a whole barrage of them, from multiple viewpoints. It might be, that they are able to withstand the harsh environment better than regular cameras, but I believe that it has a lot to do with a certain look these videos have. And this look is the thing these propaganda producers are aiming for. Placed on the ground, it might look like a scene from a music video, strapped to your head, you get the appearance of ego shooters. Again, I believe the main audience for these videos are young men, who know this kind of aesthetics all too well.

The other thing that strikes me with the first image, is the appearance of the dead soldier on the right. Even though I should be used to that right now, what still gets me, is the way his body is censored. It is not his head wound, that is deemed insensitive – sure, that is quite hard to see in this frame anyway, but believe me, there are other shots in this video, that present closeups of his utterly destroyed face – what is censored instead, is his naked back. It is like the ISIS equivalent of a nipple slip. There are parallels to be drawn between the moral standards of fundamentalist Christians and fundamentalist Muslims, at least if you are looking at their treatment of images. In the United States, I have encountered quite a few vans by Christian anti-abortionists that were completely covered with images of aborted fetuses. But imagine their reaction to an image of nude breasts. Censorship is weird, and it keeps getting weirder, the more images we use.

And then there is this still from the same video. It shows two different guys. This time, both have GoPros on their heads, to document the suicide there are heading for. In fact, both are going to be killed. So in the midst of battle, in this shot alone, there are at least three cameras filming. 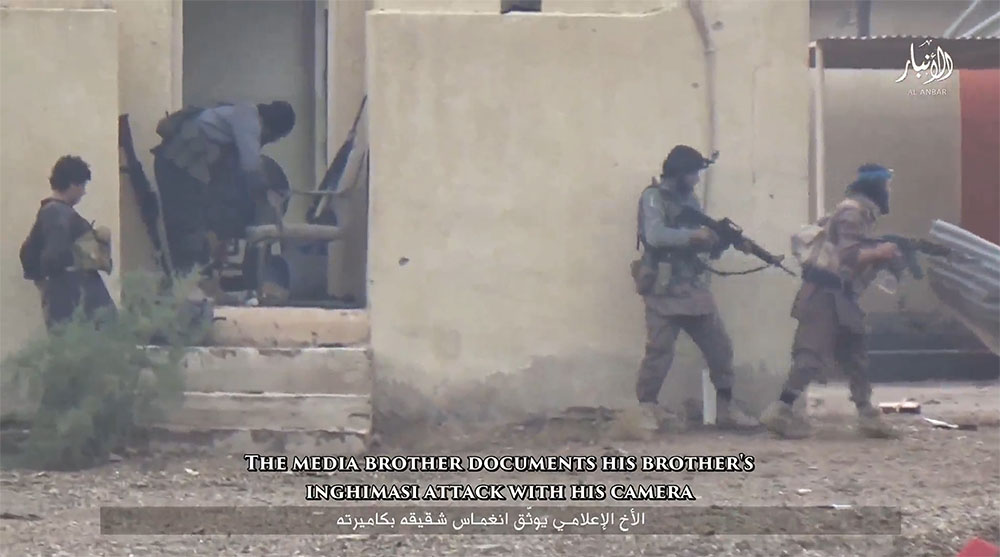 Plus, am I the only one, who thinks the term “Media Brother” is very strange.