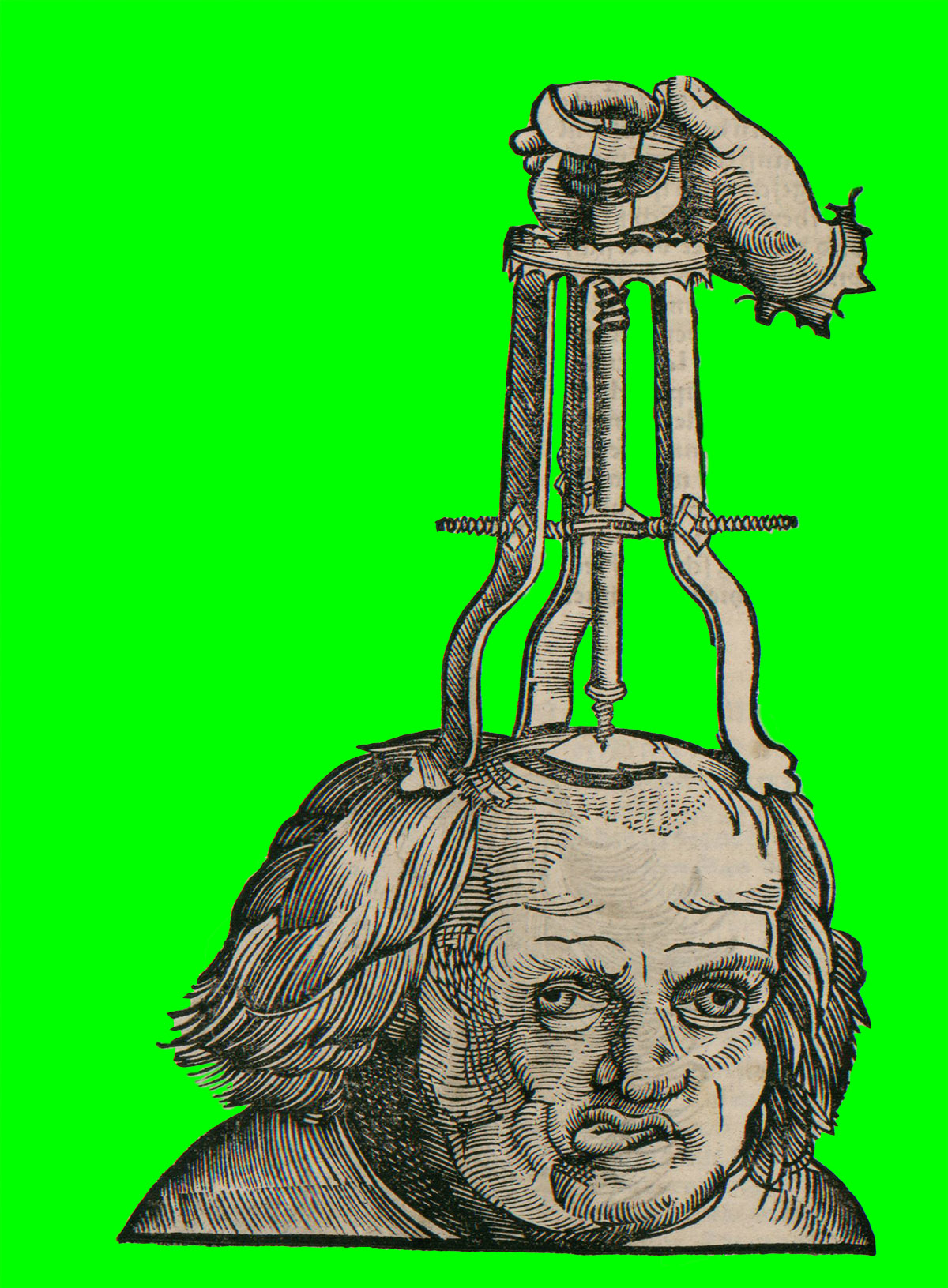 You know what is strange? Let me tell you something. I can not make a living through my art. Most of the time, that is OK, and I get along doing some freelance work for companies that build exhibitions. Of course, I get paid for that. Hell, it is work I am doing. The strange part is that there are a couple of institutions, where I did build walls and where I did participate in exhibitions. In all these instances, I was paid for my work as a craftsman, but not for showing my work.

Trust me. That is frustrating.

I am trying hard not to be a diva, when it comes to my art. And while it is clear to me, that building shows is actually physically far more demanding, I know from experience, that creating your own works and participating in exhibitions is also work. Or at least both things can gobble up a lot of time. Just the communication needed to organize some of the more serious exhibitions can be a lot. Dozens of emails going back and forth. Texts need to be written and approved, press images need to be sent. Shipping needs to be arranged. Then the time that goes into producing the prints for shows, or to frame these prints. Crate them. And this did not even include the actual time that goes into the creation of new works. And then, sometimes, the press gets in touch for an interview. It all just adds up.

And since I am not represented by a gallery, nor do I have an assistant, all needs to be done by me. Actually, I like doing these things – a lot. It is just the fact, that this feels like an extremely expensive hobby, that is somewhat heartbreaking to me.

The examples above – even though I am not naming names – are just the most disturbing cases to me. Being paid, when entering the museum as a craftsman and not being paid, when featured as an artist.

But not being paid for presenting my works is absolutely the norm.

When talking to a colleague of mine recently, he was asking for some details and that made me look at my CV closely, trying to base my complaint on some actual numbers. At the moment of writing, my CV mentions around 120 group and solo exhibitions. Of those exhibitions, only 12 paid me a fee. 10 %. And more often than not, this fee had been pretty much symbolic – i.e. in the low 3-figure range.

A paid fee is one thing, selling artwork through exhibitions is the other part of the story. Very often the hope, that works might be sold as a result of a good show, is the dangling carrot that helps convincing young artists to participate in certain shows. I have fallen for this – and heck, hope is the last thing that is dying – and from time to time, I am still falling for it. But the numbers here are equally brutal. The list of exhibitions goes some time back, but if I am not mistaken, it is at most 10 of these shows that resulted in a sale. And only once has more than one work been sold.

The thing that keeps me happy, and the thing I like to mention, when being asked about the positive sides of being an artist, is that it allows me to travel quite a bit. And that is true. Curators love having artists around for their openings and therefore the budget seems to be far more generous, when it comes to paying train or plane tickets, compared to artist fees. I frequently hear stuff to the tune of “unfortunately we can not pay you a fee, but we pay you the trip to come to the opening”. Thank you – I guess?!? It is always nice to travel. But isn’t it absurd? Not only am I not going to be paid. I also have to spend a lot of extra time traveling on top of that. All while – you guessed it – I am not getting paid. No industry would do that.

Again, being able to travel is the one benefit I am getting frequently. Stupid as it is, this might be the last thing I am willing to give up. At least I manage to see the world with some of the expenses paid – even though I have to pay for most of the lunches myself.

But I have reached the point, where I am just barely able to afford being an artist.

Making art costs money. One example: I own something in the range of 400-500 frames for different projects. Those frames alone are worth maybe €15,000. I paid for almost all of it myself. Or maybe two thirds. And that is just the frames. There are other works that are mounted. Prints. Stuff as a whole.

I know, most of the times, budgets are tight. Many of the shows are organized by wonderful individuals, that too spend a lot of their own time and money on these projects. Few of the people I encounter in the artworld seem wealthy. I am happy to support these people to the best of my abilities. I am always willing to find the cheapest solution to present my works. Jesus, if art transport companies want to chew your arm off, I am absolutely willing to send my stuff with DHL or Hermes. And I am lending you my frames free of charge.

I am just not able to say how long I will be able to continue acting in this way. The money I am spending here, is money that I do not have to create new works. Or even money I just do not have – period. The time I am spending to build and pack a crate. To answer emails. To talk to curators on the phone. That is time I might need to spend on actually earning money.

And yet, all the time I encounter people, who are convinced that I am a well-off and successful artist. That is just not the case. Successful – maybe – but only according to the twisted metrics of artist CVs.

Please don’t get me wrong. The best experiences I am having, are often related to the smallest projects. Those with little to no budget. Those, that try to counter their financial shortcomings with an extra enthusiastic approach. Even though these shows do cost me money, I am very willing to spend that money (if I am able to spare it), since I am often repaid in wonderful experiences. And I meet amazing people.

Often, the bigger the institution, the more frustrating it gets. Years ago, I was asked by one of the two major public TV stations in Germany, if I would want to present my work in their Berlin offices. I was told that they would need at least fifty or so works and the show would be on display for four to six months. The budget? Zero. No fee. No production costs. Nothing. But at least fifty works, otherwise I would not be able to fill the offices adequately. I said no. Even though I was desperate at the time, desperate for attention and an audience. It was tempting, but fortunately that was something I was just not able to afford.

Being desperate is a curse. I would love to proclaim, that I am not desperate anymore, but that is just not true. Of course, I still dream of, one day, being discovered by someone or something. One day being able to make a small living from what I love doing. One day, not worrying about the 100 or 200 Euros some prints cost. Just being able to do my work and being able to play around with new ideas to the full extent. But I guess that this day is never going to come. As said, being desperate is a curse. And hope last too long sometimes.

While I was still studying, my university had a program for students and graduates, that was – on paper – aimed at professionalization. There were some valuable courses on how to do your taxes, or how to apply for a special kind of health insurance, that covers freelancers in the creative sector. There was also this workshop titled “My first solo show”. I was in my third year and the title sounded interesting. Oh my…. I was by far the youngest person in attendance. And everyone else seemed to have graduated quite a few years earlier. What united all of them – including the person giving the workshop – was an utterly devastating feeling of desperation. At least that was my impression. No one had the slightest idea what could be done to overcome this. I left shortly after the lecturer talked about how easy it would be to ask doctors and lawyers if one to organize an exhibition in their office. She even gleefully exclaimed “they even let you do it for free!”. Desperation. Sure, they let you do it for free. All you need to pay for is everything and then there dangles the carrot of sales you are dreaming off.

But back to the starting point of this text. If it is a small show, that is independently organized and everyone works for free, of course it is perfectly fine with me to work for free as well. But if this is in a museum or exhibition space, where everyone is getting paid. From the guards, to the cleaning personnel, curators, janitors, everyone. Everyone, except the artists, then there is something wrong with the system. At least have the decency to pay artists something to the equivalent of the lowest paid staffers. Having my name on the invitation or the façade of the building. Being featured as a star amongst the participants of the upcoming show. Being mentioned multiple times in the catalog. For fucks sake, that does not pay my rent.