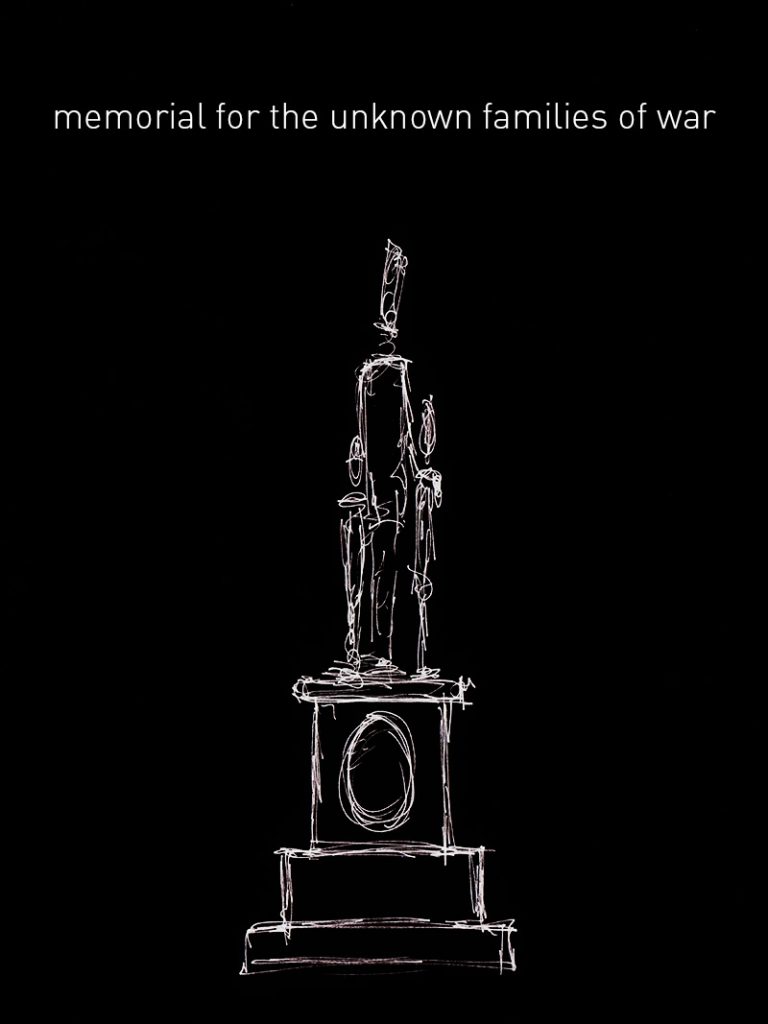 Most countries still commemorate their soldiers that have been killed in the wars they have fought. Even though in Germany, this is done less openly, there are still monuments for the soldiers killed in the First World War in almost every town and city and quite a few graveyards for the soldiers of the Second World War. A couple years ago, the German Army opened a new memorial site for those who have been killed since the foundation of the Federal Republic. Other countries are far more open about that and some, like the US, even celebrate their veterans on special holidays.

Maybe the most famous war memorial is the Vietnam Memorial in Washington DC. It bears the names of 58000 soldiers who had been killed during the Vietnam War – on the American side. These soldiers are named. Not named – at least not on this memorial – are the two to four million others who have become victims of this war. At least half of them civilians. That is a strange ratio. 58000 to 2 Million.

What if every war memorial would read something like “To the brave soldiers who died fighting for their country and to the people they have helped to kill.”? Of course, that would cause a huge outrage. People tend to look at some wars as something justified and therefore at some soldiers as fighting for a just cause. Others believe that many soldiers had been forced into fighting and were just following orders. And the soldiers, by giving their own life, made the biggest sacrifice possible and that should be admired. Right?

I think that defeating the Nazis during the Second World War was the right thing to do. But innocent people were killed on all sides of the war. And some of those, who did the killing should be looked at as criminals. And that is true for fighters and soldiers on all sides. We seem to have this very black and white view on some historical events. The things, the Nazis did, seem so outlandish, that many people believe, that this serves as an excuse, for everything those fighting them did. But that is just not true. Even while fighting the devil, you are still able to commit crimes yourself. This is even true for some actions that could not be avoided. Maybe, while fighting for his own life, a soldier just had to kill some bystanders or another soldier who did not really pose a threat to him. Maybe there was just no way to avoid it. Still, as a society, we should never be able to find a real excuse for his actions. Killing always has to be outside the norms. It should never be overlooked.

I understand, that this is difficult to cope with, since in a society that still lends many of its moral codes from the Bible, we expect there to be some kind of a clear distinction between good and evil. One has to be able to choose good and avoid evil – how else would one be able to enter Paradise? But this clear distinction might not exist in real life. You can be forced to serve in the Army. You can be morally conscious while fighting and always take the utmost care not to harm civilians. You might be able to avoid killing anyone. You might serve in a unit far away from any fighting. And still, you participating in war means that you are aiding in the killing of innocent people. As long as your side wins the conflict, you seem safe from any prosecution. This is not the point I am trying to make though.

Justifying some forms of violence against certain groups or individuals is precisely what has fueled war for millennia. Some killings seem justified, while others seem outrageous and call for revenge. Countries and societies try to find justifications for their actions, but maybe there are some things that are just not justifiable. And at that point we might want to rethink our culture of remembrance.

War should be considered outrageous and inexcusable. We should not attempt to look at it merely through a single perspective. It is too easy to fall for certain justifications and excuses. After September 11th, America did a lot of harm all over the world. American soldiers killed many innocent people. Yet this should not prevent us to approach these American soldiers with compassion. Many of them have become victimized themselves. Even those who became killers. There are many people who are just victims. Pure and simple. And then there is a whole greyscale of people who are in part victim in part perpetrator.

Maybe each and every society, participating in armed conflict, must question its own role and responsibilities. I am not calling for a toothless democratic system. I am myself willing to protect the values I associate myself with, even with violence. I am calling for a more open approach in our attempt to understand the reasons for conflicts and what makes people kill one another.