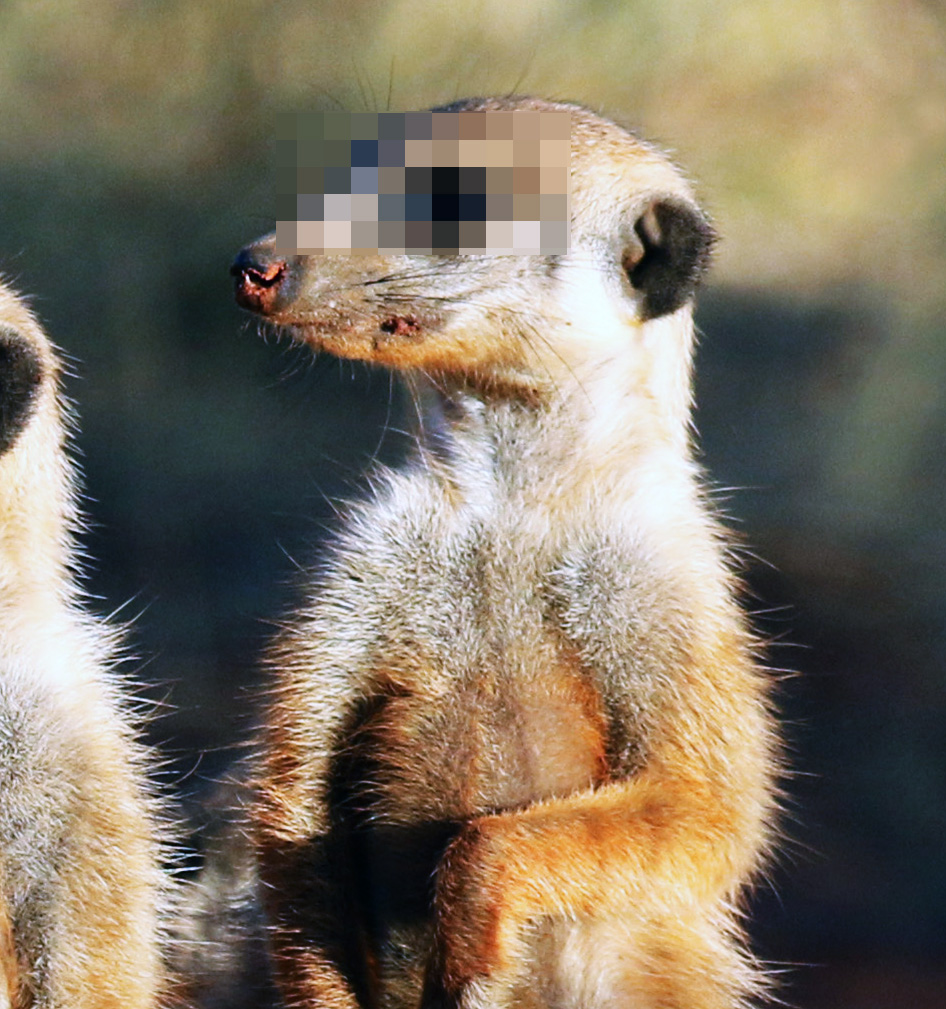 I have seen wildlife documentaries in the past, where some of the animals have names. That has nothing to do with mama meerkat naming her children, but with the filmmakers trying to connect us closer to the animals shown – hopefully we might not switch to something more interesting. The weirdest example was a computer generated “documentary” on the lives of some dinosaurs, were some of the pixels were named. The thing that made it especially weird, was the fact that this film tried hard to appear like a documentary. And that was the claim it was making. Of course, the whole thing was following a scripted storyline and so do these other “documentaries”. Very often in these films, the “main character” animal, that is being shown, is in fact a series of animals that look alike and whose combined actions make for a nice narrative. But I am wandering off.

Naming an abstract character makes it easier for us to connect. We feel closely related. We seem to know it as a being. We really hope that meerkat Robert isn’t going to be eaten by this hungry looking hawk, otherwise we would be devastated.

At the moment of writing, there is a big media frenzy in Germany, about the murder of a young women. She was fourteen when she was killed and the male suspect in the case happens to be a refugee. A Muslim refugee. Especially the last snippet arouses politicians and pundits on right. Name and image of the victim are all over the news and I find that troubling.

When these things happen to children or teenage girls, the media keeps repeating the victims name and the age, very often accompanied with a cute image and other details, that make the story more relatable. The victims seem so pure and so innocent, so the crime must be especially outrageous.

But this creates different classes of victims. Let’s assume the victim in the case was not fourteen, but forty. Not cute, but slightly ugly. Not relatable, but a drug addict with mental health issues. Would she then be less of a victim? Unfortunately, society would treat her that way. Her killing would cause less of a public outrage. Police might not invest the same amount of manpower and media would hardly find time to report her death. It turns out there is a whole hierarchy of victims.

But there is a second element, that determines the value of a victim. It is the perpetrator. This is very similar to the cultural makeup of the victim (but reversed). Male or female, old or young, attractive or ugly, these determine how the case is perceived. If it is perceived at all. There is also a cultural trend involved. Different eras value different traits in perpetrators differently. For some time, it was drug addicts that apparently made the worst of the worst. During the Nazi era it was Jews. And today, the young male Arab makes the perfect boogieman and therefore creates the victimest victim.

But the fact that not all victims are treated the same way can be very dangerous. When frontpage after frontpage is filled with the names of certain victim and their images, society becomes excited. Few members of the society start looking for statistics to see, how a certain crime is reflected in the broader trend within society. They rather feel encouraged by the outrage machine and follow the pack. And politicians try to gain sympathies with constituents by demanding immediate actions themselves.

Looking at the way different victims are treated, one can conclude a lot about what is wrong with society. For the longest time, sexual crime was in part blamed on the victim – this is still the case in many parts of the world and quite certainly in many minds in the west. This was reflected on the way these crimes were reported and still are. Racial prejudice and prejudice against minorities as well can be derived from the way victims are treated. In the US, for instance, crimes against African American is certainly underreported, while crimes against whites fills the news far more extensively. In some cases, like the killings amongst poor blacks in and around Chicago, the lack of presence of these crimes indicates that part of the media is entangled in active victim blaming. If spoken out aloud, or merely believed silently, the believe seems to be that many of these victims are to blame for the crimes they have fell victim to. This leaves out the wider social picture completely. Why are these people poor? What makes them to resort to violence? And so on.

Overreporting certain events is always dangerous, since this can easily shape the way things are perceived within society. Not the real events count, but the perceived ones. And when this serves as the basis of our actions. If most of the focus is on few instances of violence and crime, little action is taken to address the bigger issues. Maybe we are not any longer living in an era of enlightenment, but an era that is defined by outrage. The louder someone yells, the more real things seem and the more action they demand.

So, what could be done? Do we really need to know the names of crime victims? I think it depends on the crime. When the Nazis exterminated millions of Jews, these were not random victims of violence, but rather their identity made them the target. It is important therefore to show the extend with which they were victimized. It wasn’t just banker or capitalist, artists or communists, but rather ordinary people like you and me. Like you and me and everyone we know – that is the important part. And that is precisely the thing that makes the scale of the Holocaust so unbearable. Focusing just on the Anne Franks of the Holocaust would be the wrong approach to come to this conclusion. With Anne Frank, people relate to her, since she seemed to be cute. We would love to protect her. Maybe the thing that has the more lasting effect would be, if we’d all find someone we could relate to, since he or she is like us. The sheer number of victims makes these easy, when looking at the Holocaust as a case study. Six million individuals? Certainly, everyone finds his or her older twin.

When talking about regular crime I can not see the reason, why we should know too much about the victims. It is clear that media will always focus on some “prominent” cases. And therein always lies the root of a new form of injustice. There is always going to be bias in reporting crime and this bias utilizes the identity of a victim to promote a certain agenda.

The way certain crimes are reported can make us complicit. I have talked about this before, when discussing the way executions by ISIS and the like are covered by media. Western victims get a special treatment, both by ISIS and by Western media. ISIS victims get a “VIP treatment”, where their deaths are staged in the most elaborate manor possible. This is precisely done to gain the attention of media outlets. And they fall for it. There are background stories on the victims published, they are named, family and friends are interviewed, and so on. The full packet. Local victims are rarely named, neither by ISIS nor by the media – if their deaths are ever covered in the media at all. They are seen as mere numbers and – the lack of coverage gives the impression of putting at least some blame on the victims. Being killed is what you ought to expect, when living in a war zone. Right? Wrong. A victim is a victim.

I really appreciate projects that try to find a way to present all victims of a certain form of violence equally. This can be seen around police violence in the US, for instance in the “Police Shootings Database”, that is being maintained by the Washington Post. This project tries to list all the known instances of people killed by police in the US. It does provide some background information on each case – if this is available – but it gives each case the same amount of attention. This enables us to see the scope of the whole issue and not merely one individual tragedy.

From a database like this, we could really come up with actions to take to tackle the real issue. Of course, each family suffers and to many the death of a child might cause more pain than the death of an adult. To society, both deaths should have equal value and if there are four children killed in any given year, but four hundred adults, the two demographics should not be judged equally. 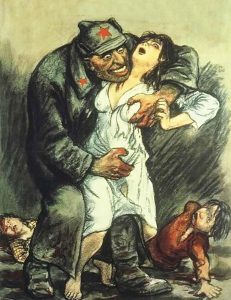 As long as we accept the treatment of some victims as special cases, there is plenty of room for populists to instrumentalize these cases for their political gain. This is precisely what happens in Germany at the moment. Young beautiful girls and children have to be protected from crazy men from the east. That sounds all too familiar and it seems as if these prejudice stem directly from the teachings of Goebbels. The death of these women is terrible, and their families suffer, yet the way this is being instrumentalized is so much more dangerous for our society as a whole.

The attention given to this form of violence against a certain category of women feels somewhat like these old stories about the damsel in distress, that needs special protection from a white knight – in these cases the white knights on the right. Some of them even call themselves “knights”. 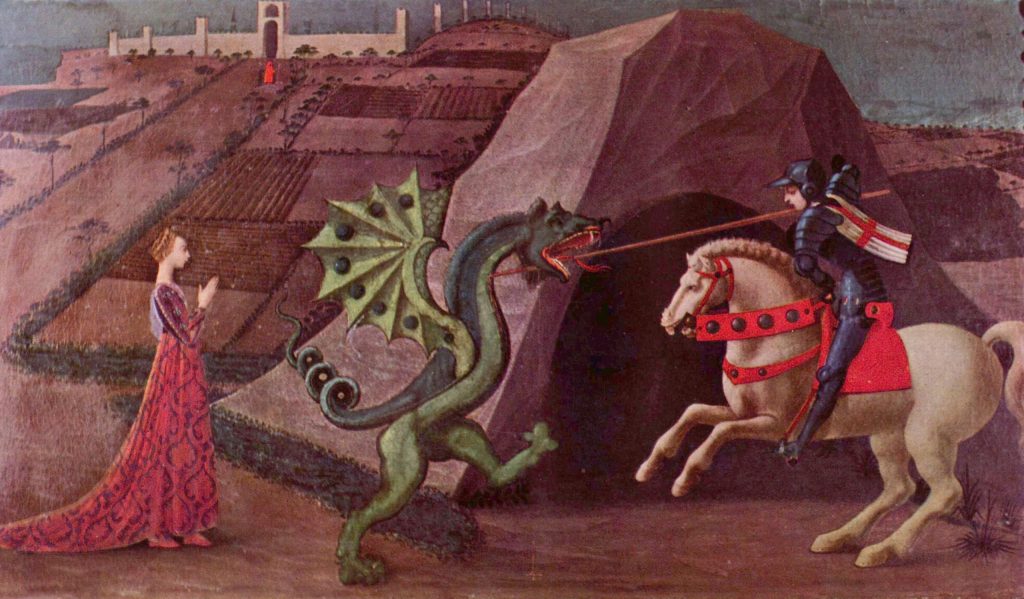