— This is something I just wrote down, without planning too much. I realize that it might be a little bit confusing. This is just me, just rumbling on. — 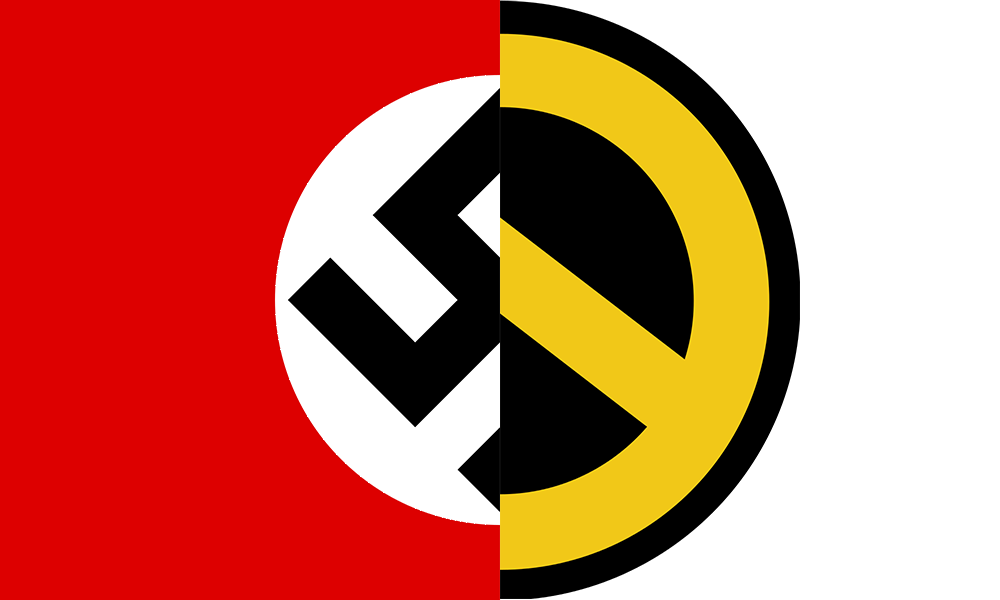 I have quite some knowledge of how Islamist propaganda videos look like, and when I come across videos by groups that associate themselves with neo fascist agendas in the West, quite often it strikes me how similar they are in appearance. Take for instance the video below from a group that associates itself with the so-called Identitarian movement. The way these men run through the forest and wrestle looks so youthful and modern, yet the same is true for by many of the Islamist propaganda that tries to find recruits in the West. When looking through my collection for a video to pair with the Identitarian, I was somewhat lazy. This was the one I found first and this is why I used it. There are many others, that look more modern than this one here and that utilize a similar lightheartedness, than that is found in the Identitarian video, to spread their hatred.

But why do these groups that seem to aim for a weird sense of stability, one that is promised if you follow conservative values, constantly evolve? Maybe this could be explained, if we look at these groups as part of a youth movement that changes from generation to generation. Every generation that comes of age, has to define itself new. Fashion trends change constantly, and the army boots, skinhead haircuts and bomber jackets of the 90s just lost their appeal to the next generation of Nazis.

Many parties in the West have long ago formed their youth organization. In Germany, every major party has one. That is quite clever. There is the real party, with a grown-up agenda, aiming for real world politics, and then there is the youth wing that is allowed to be more extreme and sometimes even youthfully delusional.

Maybe this is true for ISIS as well. When looking at the propaganda, I have always found it quite interesting, that there seems to be a whole multitude of target audiences. On one hand, ISIS tries to appear like a state that is somewhere out there and that does stately things. Building roads, providing food and entertainment, or even punishing criminals – whoever those might be under their jurisdiction. But then there is also the propaganda that tries to recruit young people in the West and locally. This propaganda has a different appeal to it. This is the propaganda that tries to look young and fresh. Could it be, that this propaganda looks different because it is part of a youth culture?

We have to keep in mind, that at least in part, ISIS is the result of the Arab Spring, which in itself was driven to a huge extend by a disillusioned youth. Countries, that have been encapsulated by a crust of old elites, with little to no hope for a better future, served as a hotbed for a revolting youth. And when the promises, that were made, were broken, ISIS filled the void by promising an even brighter future.

In my youth, I had been fascinated by radical left ideas. I desperately wanted to fight for a better world. It just happened, that my own endeavor never turned violent, but I guess, I might have been walking a fine line. There were certainly violent groups and players that had an appeal to me; in hindsight though, I have come to realize that the promises they made back then were lies. I wanted to struggle for freedom and liberty and these groups pretended to do fight for the same goals. Yet, the stories by folks like Che Guevara or Ho Chi Minh and reality are two different things. But it sounded tempting.

When I was at that age, I might have been just lucky that there were not so many revolutions easily accessible, that were calling for volunteers to fight. Even if they would have, I could have never afforded to book a flight to, let’s say Nicaragua.

Of course, the things done by ISIS and Co are terrible, but I wonder how we will be able to cope with the next way of unrest, if we merely look at ISIS as something solitary. As something that is rooted in some specific issues, of some specific time. There is this aspect as well. The set of problems at work in the Middle East post Arab Spring are different than the problems in Cuba under the rule of the Batista regime. But there is also the struggle of the youth every society has to cope with.

The growing inequality in many societies, the overpopulation, the disappearance of job opportunities, due to the coming AI breakthrough, climate change, these problems – and many more beyond our horizon -, mean that coming youth generations might have even more reasons to feel disenfranchised in the society they live in. Struggling violently, might seem even more tempting than it is now.

I think it is very dangerous, to look at the problems ISIS seems to cause amongst the youth around us, as something that is just linked to groups like ISIS and therefore as something we might be able to defeat on the battlefield. Members of coming generations are going to take up arms again and fight their own fight. ISIS is going to disappear. And the radical forms of religion are going to grow out of fashion amongst many young people. But religion is just some banner to unite under in a world that seems to hate you.