We all know that propaganda lies, and who knows it better than the propagandist himself. But in a way, propaganda is always the other sides propaganda. Most people would not classify their own media output as propaganda – at least not to the outside world. That used to be different and I keep stumbling upon the fact that Joseph Goebbels was head of the “Reich Ministry of Public Enlightenment and Propaganda“ … what a title! But today, propaganda sounds bad and therefore it is mostly used to classify the outpour of the other side.

What happens though, when two groups utilizing propaganda collide? It might not be enough to classify the other sides productions as propaganda, more might be needed. An interesting case is a video from Yemen, that has been released recently, entitled “The Hollywood Reality of Al Bagdadi Group” (sic!). “Al Bagdadi” refers to Abu Bakr al-Baghdadi, the head of ISIS. This video has been released by a group associated to Al Qaeda, which has a deep rooted hatred for ISIS.

The video shows a guy, who’s face is blurred, claiming to be a former ISIS member, who discusses the way he was involved in the staging of a recent propaganda video. In front of a monitor, he explains certain scenes from the video and how they are manipulated Later he is shown in a house that was apparently been used as a set for the video and he even reenacts a scene, where on of his ISIS colleagues was posing as a dead Houthi fighter. The blood, that can be seen in the original video, he claims, was not blood, but merely Vimto, a dark red soft drink.

I find it quite fascinating, that this kind of “educational video” is produced by a group that uses the same techniques to produce their own propaganda. I wonder if the people watching this video are going to be more doubtful about the next Al Qaeda video, they encounter. 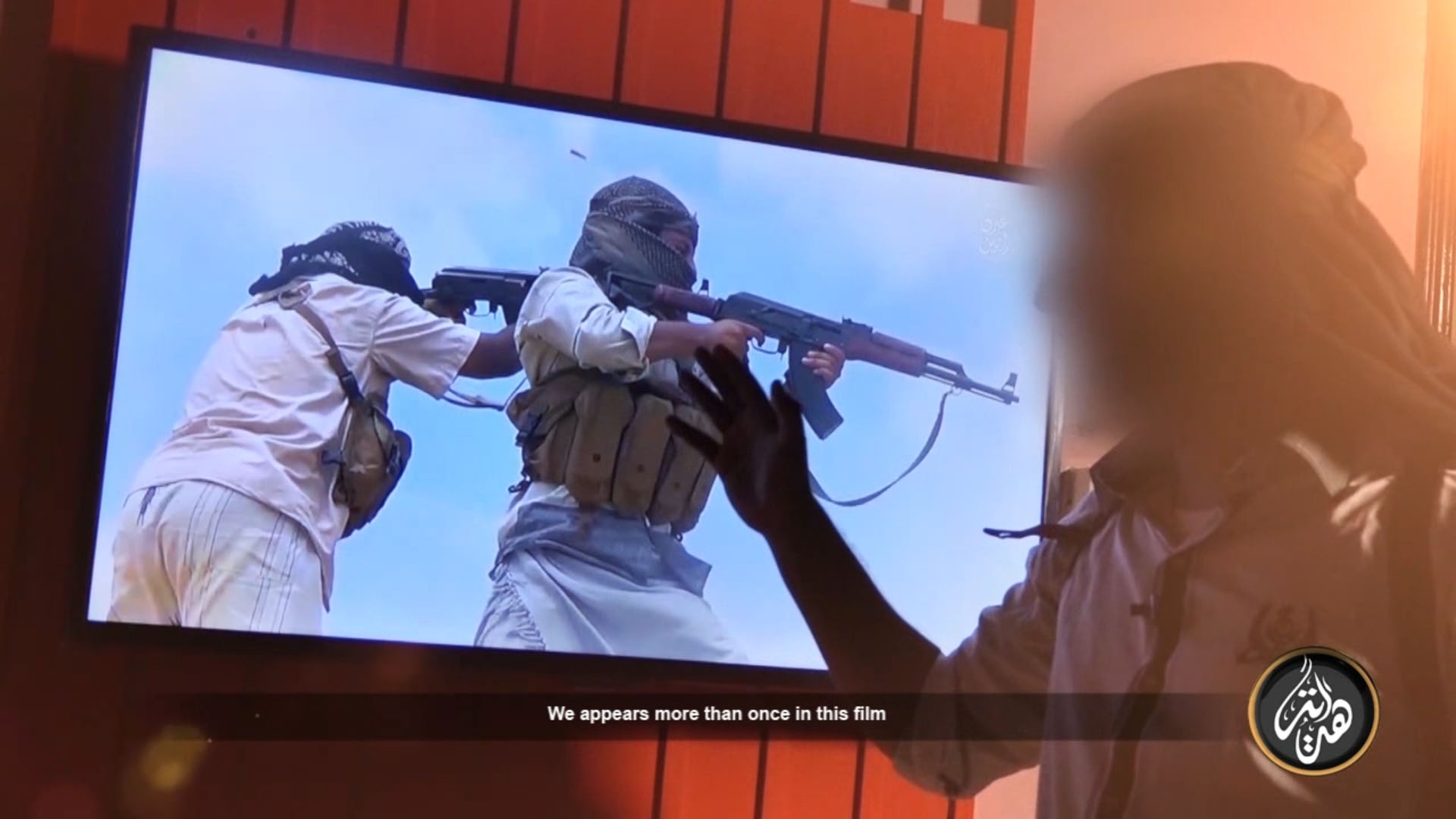 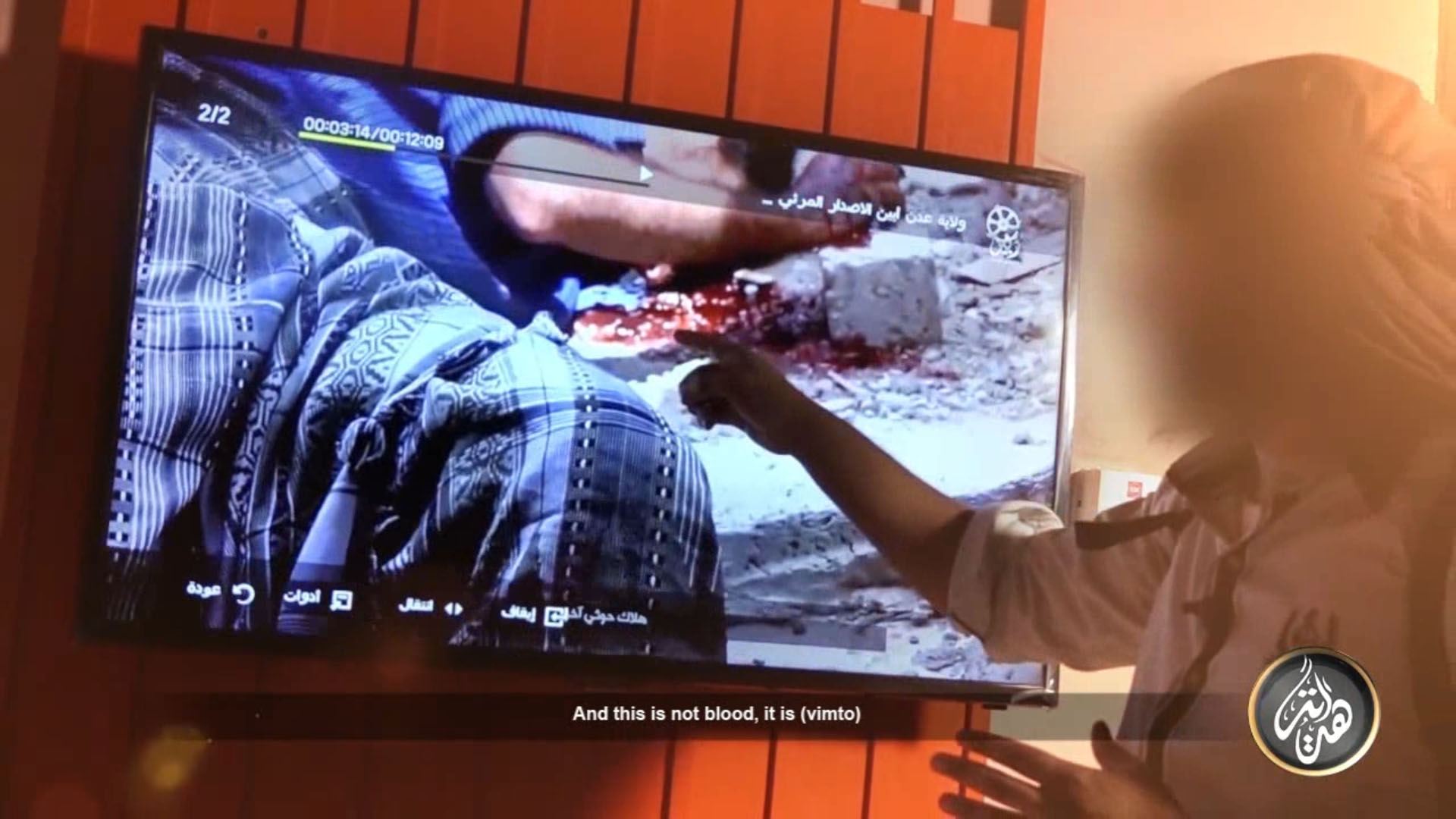 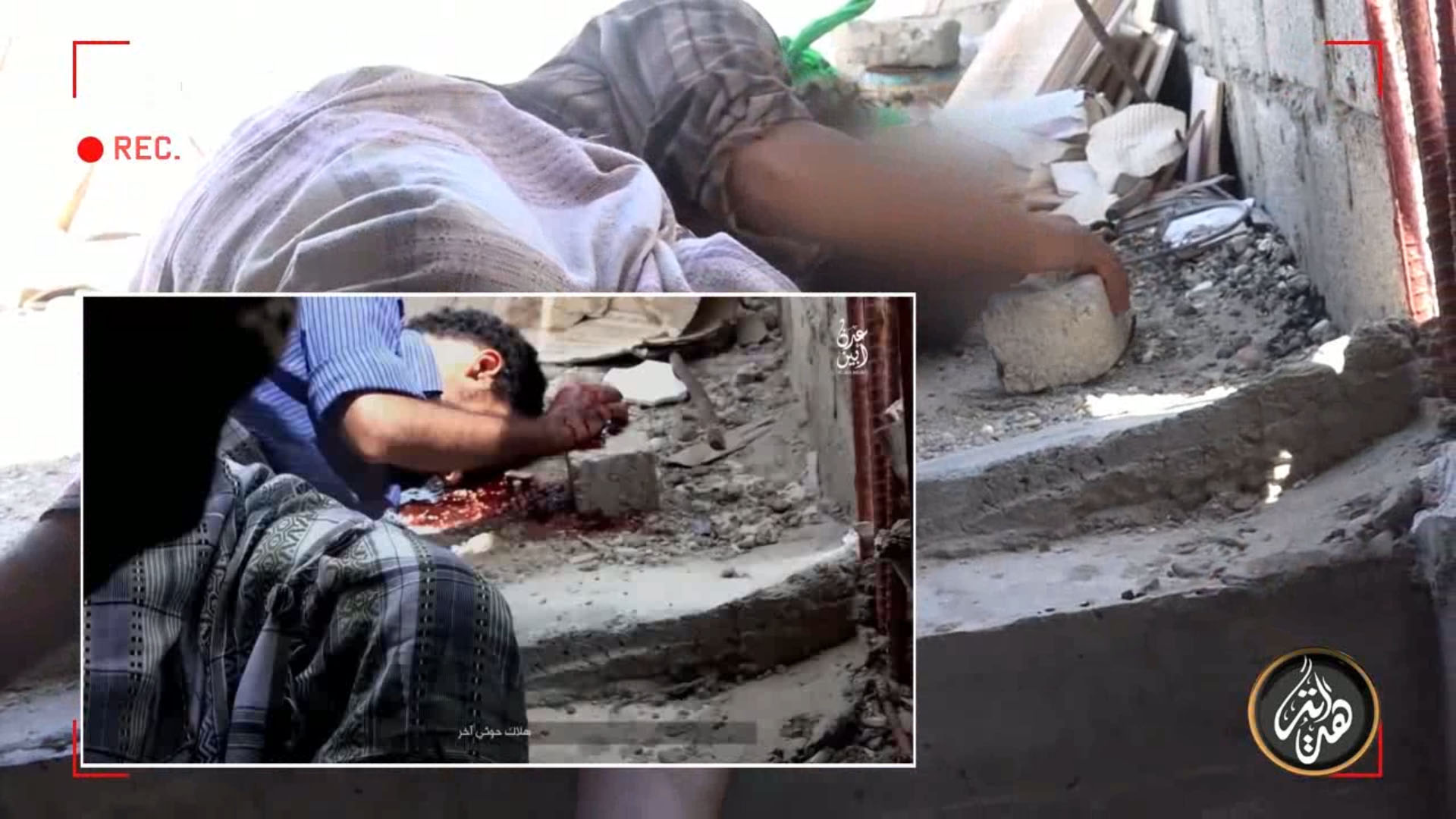