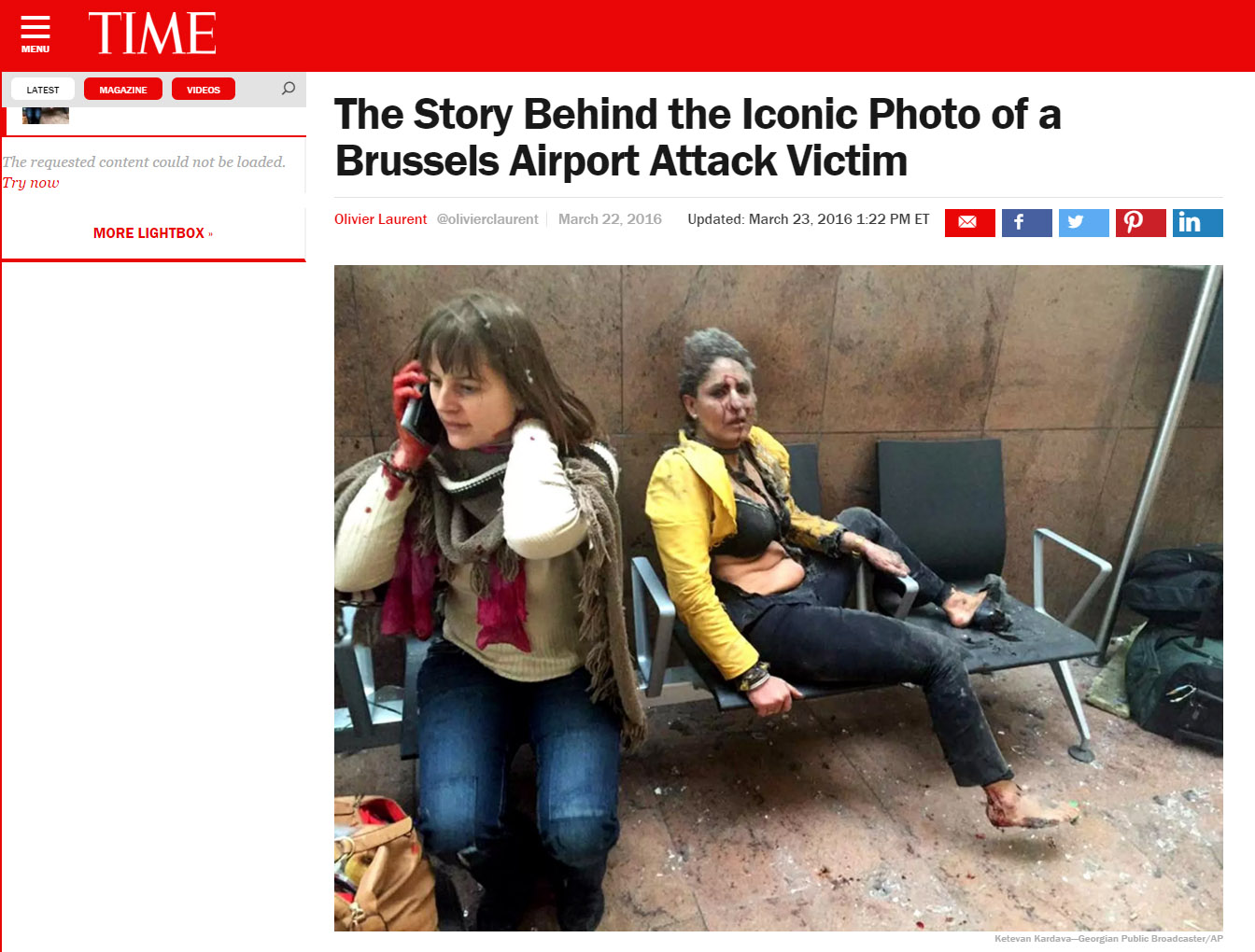 I find it interesting, that it takes media today just a couple of hours to declare an image of a terrible event “iconic” and then to discuss the iconic nature of said image. The attacks on Brussels took place March 22nd and the first version of this article ran the same day. Normally one would say, that “only time can tell”, but here things seem different. Maybe this would be another example of a self-fulfilling prophecy, since by declaring an image “iconic” it becomes iconic – especially if this is done by important media outlets like Time.

It might be that this was one of the first readily available images of this event – and maybe one of the first of a decent quality. As the story is told, it was taken with a phone by a Georgian news reporter who just happened to be at the airport, when the attack took place. But to then declare this image the defining image of the whole event – that leaves a slightly weird sensation with me. I get it, that the news cycle get shorter and shorter, and once you produce a news article today, there is an urgent need for images. But by declaring one of the first images you get your hands on to be definite, you almost declare the story to be fully told. There is nothing else to be seen, so lets all move on.

This image here does not really strike me that much. That is personal taste and maybe this IS the image that captures the event best. But once a site like Time declares it iconic, everyone seems to want to use it as well and that leaves less room for other images to show. And less room for us as a group to find the defining image that describes this event, the way it felt to us.