I came across this recently uploaded ISIS video. Its style is part documentary, part storytelling. It tells the story of a young by, 12 years maybe, who blows himself up in a car bomb attack. As If this were not brutal enough, he is assisted by a guy who seems to be his father.

There is one quite interesting piece of footage towards the end of the video. It shows father and son riding in a car on the way to the battlefield – i.e. the rigged car the boy is going to kill with. The father, sitting in the passenger seat with a laptop on his lap is watching another ISIS propaganda video, apparently as part of the preparation for the coming attack. Maybe as justification as well. The boy watches the video over the fathers shoulder. So when a propaganda video serves as evidence or justification for another propaganda attack, that is a circle I think is strange.

Often this self-reference can be seen in other videos as well, but most of the time it is done by using footage from other – apparently well known videos – inside the new video. Very often this footage is in black and white or altered in other ways to give it the appearance of a flashback. Sometimes, you can see groups of people watching other recent propaganda films and being interviewed for the new video afterwards.

But in this case, the video seems to trigger a direct and violent reaction. Of course it is staged, but the way this is done is quite interesting. It is as if the person who created this video wants to convince the audience – and maybe himself too – about the power these videos can have. Videos like the one the viewer is watching at the moment this statement is made. 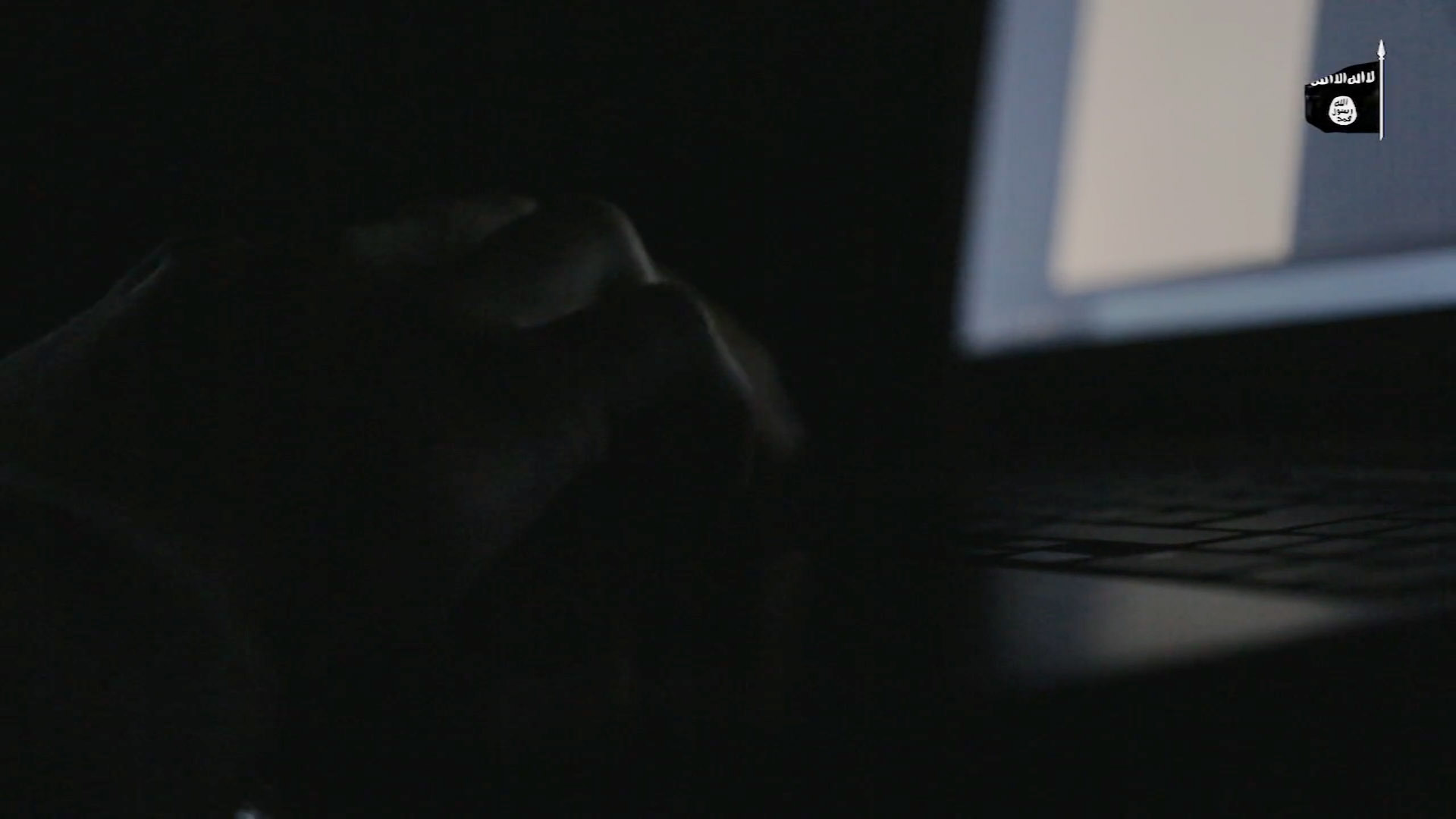 Another interesting example would be this still from another video. It starts with this scene shown here. A young man at a computer looking at Islamist social media sites. The next scene shows a group of soldiers arriving in what looks like the land occupied by the Islamic State. There they are happily greeted by guys carrying weapons. Later the fighters who just arrived are trained and then you see them fight – one unfortunate soul has to blow himself up with a car.

But again, the video in a way references to itself by showing some of the material the audience is encountering while watching the video. But the first video, the one with the young suicide bomber, goes even one step further. After the attack, the father figure, is back in the car, back on the computer. Just this time it appears as if he is using the computer to feed the events that just have happened back into the propaganda machine. So the endless circle of self referencing continues. 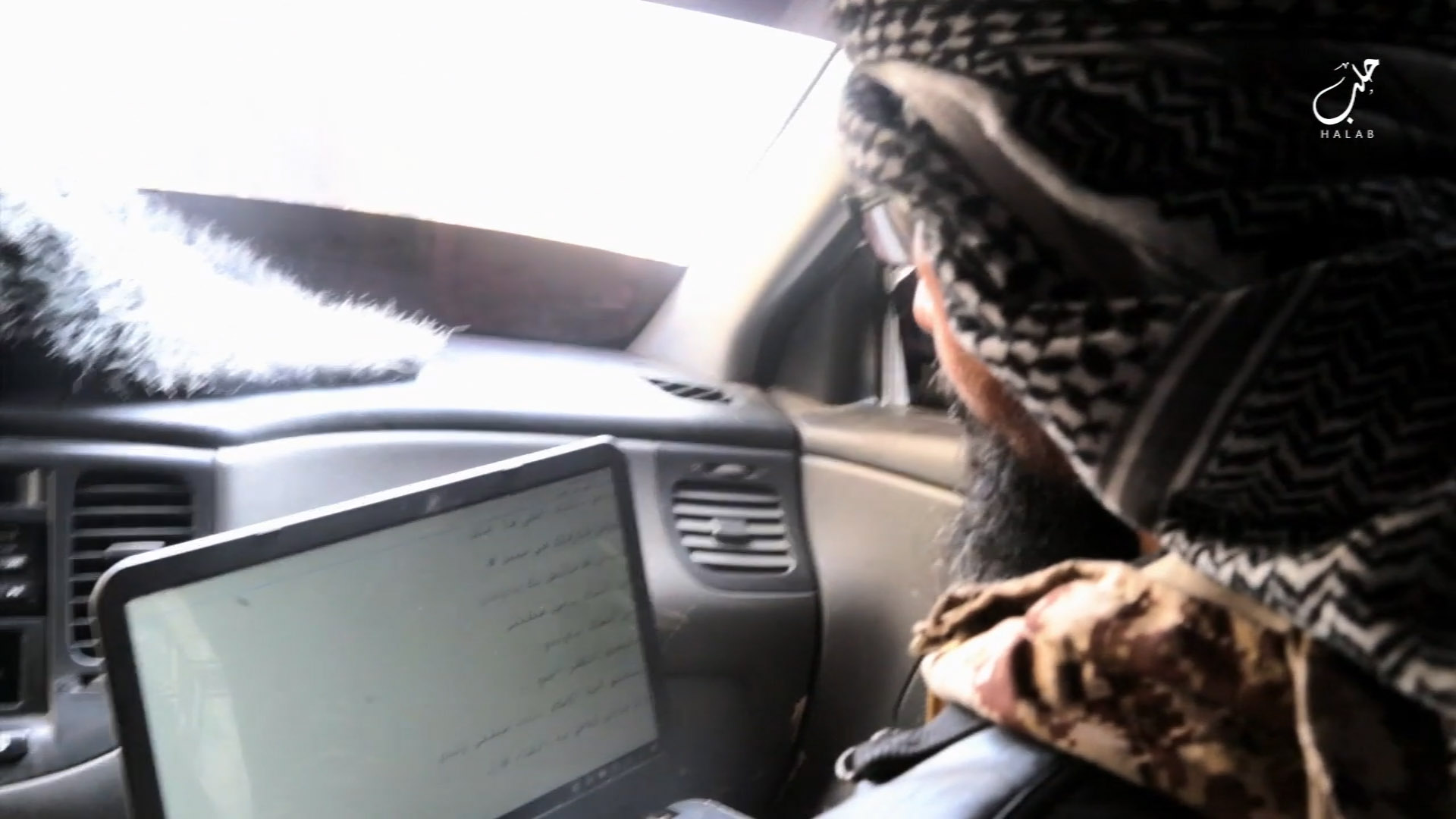